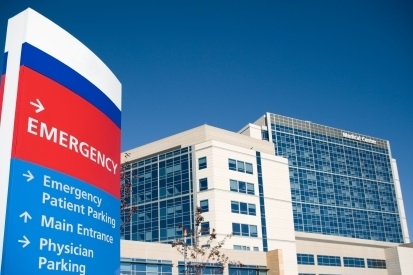 At The Doctors’ Insurance Agency we understand the unique medical malpractice insurance needs of Hospitalist in California and nationwide. With 24 hour day– 7 day per week staffing responsibilities, you need a malpractice insurance solution that makes ‘coming on and going off’ of the policy easy and inexpensive (essentially, you need this to be free); the cost of putting someone on the policy can be immediately prohibitive due to the built in and unavoidable reserving for tail insurance that goes on in the claims made niche of insuring physicians. It is likely that you are dealing with a liability insurance carrier that just doesn’t have these custom solutions available, they lack the knowledge or expertise necessary to protect your specialized hospital needs. The Doctors’ Company works with underwriters that are committed to the California Hospitalist concept and can provide you with customized insurance solutions just right for you.

There are some who might argue that one insurance policy covering group’s of physicians are the same.

Just rated according to the specialty and the area in California. This is not so with Hospital Medicine. Recently The Society of Hospital Medicine (SHM) reviewed different insurance carriers and decided to specifically and exclusively endorse The Doctors Company’s medical liability insurance program. The ‘no tail’ RVU rated policy has earned the society’s endorsement through their reputation for tough, rigorous defense, conservative finance and management of reserves combined with our lead underwriter Andre Stewart’s creative implementation of ideas and coverage to come up with the best solutions for California Hospitals and nationwide Hospitals and hospitalists.

As the nation’s leading insurer of Hospitals, The Doctors Company has an unparalleled perspective on this emerging specialty. Especially for California hospitals, using the Home Office or many of our affiliated offices throughout the country, The Doctors’ Company is in the unique position to study this specialty, to understand the trends that are particular to each geographical area that we may decide to study. The Doctors’ Company picks similar claims facts and outcomes to tirelessly pull apart the details until our lessons are clear and can be announced country wide.

We need to disseminate the information or, we feel we are leaving our job undone.

Through key SHM committees and The Doctors Company's Hospitalist Advisory Board, we work to identify and resolve critical issues in hospital medicine. As we do with all specialties, we continue to invite participation from influencers in the field, interested in reducing the risk.

Backed by the financial strength of $4 billion in assets and a membership of 71,000 physicians nationwide, The Doctors Company offers SHM members a unique combination of coverage features, aggressive claims defense, unrivaled protection, and tangible economic benefits for their hospitals.

Traditional per physician coverage may not be the most cost-effective way for you to purchase medical malpractice insurance. Take a moment to email or write someone from our team, we will work closely with you to protect your practice by analyzing your professional liability exposure and risk management needs. We are dedicated to matching medical professionals with the right malpractice liability protection at the right price.

An example of studying the risk is this information put out recently by our patient safety specialty department:

All of these elements came into play in "Who's is in Charge?" a lesson by David B. Troxel, MD, medical director of The Doctors Company. Each of the Hospitals in the case study missed opportunities to diagnose the patient’s condition due to communication gaps and inattention to documentation among the members of the health care team:

In “Who’s in Charge?” there are many examples of communication and handoff breakdowns that led to the patient injury. Because the Hospitals involved in the case study didn’t use a standard set of critical elements to be communicated with each handoff or interaction, there were delays in diagnostic testing and treatment and failures in recognizing the patient’s neurological deficits, which resulted in the unfortunate outcome.

By understanding the problems that can occur during handoffs and planning effective communications, the Hospitals in this case could have minimized risk and enhanced patient safety.

The Shift Toward Hospitals

Over the last decade there has been a dramatic shift away from primary care–directed hospital care toward a model in which hospital-based physicians—Hospitals—provide care to inpatients. In fact, the hospitalist field has now become the fastest-growing specialty in the history of American medicine, skyrocketing from 1,000 physicians nationally in the mid-1990s to more than 28,000 today.

Researchers at the University of Texas Medical Branch (UTMB) at Galveston have produced the first quantitative analysis of the increase in the number of Hospitals. In a paper appearing in the March 12, 2009, issue of the New England Journal of Medicine, UTMB Associate Professor Yong-Fang Kuo used Medicare data to calculate that the percentage of internal medicine physicians practicing as Hospitals jumped to 19 percent in 2006.

All of the above concerns can be minimized with effective communication techniques and processes.

The primary objective of a handoff is to provide accurate information about a patient’s care, treatment, current condition, and any recent or anticipated changes. Handoffs are interactive communications allowing the opportunity for questioning between the provider and the recipient of patient information.