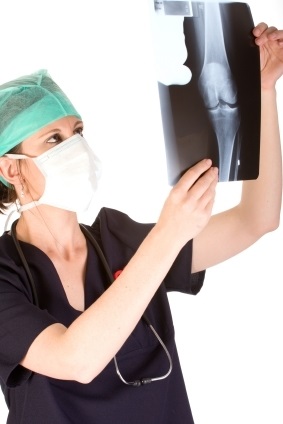 Over recent years the role of the radiologist has evolved, like many physician practice models; this is, in theory due to the increasing involvement in the clinical management of the patient. Radiologists have thus been increasingly taking on expanded duties and liabilities, and communication.

This expansion of services naturally exposes them to higher risks of legal claims made against them. Malpractice lawsuits in radiology are commonly related to inappropriate medical care or to the poor physician-patient relationship. This break down in the relationship between the patient, other physicians, allied healthcare providers and the radiologist is common in all specialties. Perhaps, this responsibility is greater with specialties which are normally hospital based.

Even though, Diagnostic Radiology Medical Malpractice Insurance carriers ;'combined ratios' (their losses due to claims plus their expenses of running the company) are on the rise, rates will remain competitive in this specialty. By competitive, the industry reports that rates will remain at these 20 year lows.

The companies continue to 'reserve' enough money to 'sage for a rainy day, the carriers banked another 1.4 Billion in reserves in 2012, which helps make medical malpractice insurance one of the strongest sectors in the insurance industry. The loss ratios in radiology (and in Surgical specialties will continue to deteriorate due to drawing down reserves (in order to remain competitive), declining written and earned premium, policies kept underpriced by competitive conditions and a continuing rise in claims and the average payout of claims.

The increase in claims is just another reminder of the reason to choose a carrier which can help you learn proper risk and practice management techniques. You can learn how to avoid the claim and if you are sued, how to best respond.

These simple 'bullet points' will help to reduce the incidence of reported claims:

Diagnostic Radiology Medical Malpractice Insurance is a changing issue: A recent US nationwide research on malpractice suits showed that the most common cause of medical malpractice suits against radiologists was error in diagnosis, this is not surprising: mainly failure to diagnose; the category next in frequency was procedural complications, followed by inadequate communication with either patient or referring physician.

When the radiologist is performing an interventional procedure, there is a greater chance of lawsuit:

The most common complication in radiologic exams is the result of angiography and other interventional procedures.

The Doctors' Company (and some other physician owned, medical malpractice insurance focused carriers) will help you recover from the trauma of a law suit and will stay partnered with you as we prepare a response. The Doctors' company contemplates that your mental/psychological start will be effected.

They will stay with you, preparing you and counseling you throughout.

Those fears during a Diagnostic Radiology Medical Malpractice insurance litigation may lead to the so-called "malpractice stress syndrome" which is reported to be quite common among sued radiologists as showed by US studies. In particular psychological reactions of malpractice syndrome are most frequently anxiety and anger. And also feelings of helplessness, disappointment, distress, humiliation and guilt.

If the Radiology practice is structured in a fashion that is consistent with a hospitalist model, we may want to consider a roster type of policy; that is to say, many physicians working a few hours per month filling a contract that demands round the clock care; in this case, the policy must accommodate the 'on , off;' comings and goings of the physicians without triggering the expensive tail that is consistent with the individual policies.

Radiology groups may actually consist of individual physicians employed or contracted to review and analyze the 'reads' or slides or pictures online via a telemedicine model. If this is the case, then we will likely write a policy that protects the TeleRadiology Group, the technicians and assistants who help in the analysis and the independent physicians will be added to Diagnostic Radiology Medical Malpractice Insurance policy on either a shared or separate limit basis, rostered (similar to the hospitalist policy)

There is a tail when the policy is cancelled ultimately, and the flexible part of a Radiology Medical Malpractice Insurance policy written on a roster basis, sharing limits, is: they are free to cancel off of the policy without generating a tail bill.

Changes in Radiology for Groups will threaten the pay scale and the Radiology Medical Malpractice insurance needs… We should, as advisors pay attention to these trends: Payment cuts will impact practice profitability, however, the hospital employment trend has not hit these groups completely.

Hospitals can keep the cost of employing Radiologists down and still benefit from the Referrals. Radiologists for their part tend to be reluctant to give up the practice model of independence.

One such case study of a group contemplating purchase by a hospital: the hospital was wondering why the radiology department wasn't more productive. The hospital was covering off-hour reads, which was costing them money.

On the radiologists' side, they were frustrated by billing operations that showed them under performing in terms of their collections. Salaries at hospitals are competitive, but not great, and other benefits were weaker than would be in private practice. Meanwhile, they had no control over their administrative staff, had a hard time recruiting, and struggled with an unsupportive IT department. Returning to private practice turned out to work well for this group, which is reported in the Radiology Society Association News: These Radiologists felt like they had more control over their destiny in private practice."

Hospitals might not be acquiring radiology practices, but there is a flurry around other partnerships and joint ventures between radiology groups and hospitals,. The Accountable Care Organization model spurred by healthcare reform will require collaboration between radiology groups and hospitals for referrals and to help manage utilization. The Radiologists will likely be a partner with an ACO, but not an employee.

"There are ways in which radiologists can get involved in those discussions and formations of the Accountable Care Organization.

Since 1988, The Doctors Insurance Agency is the largest agent or broker of the largest Radiology Medical Malpractice Insurance carrier in the nation: The Doctors Company with over 70,000 insured physicians and $4 Billion in assets, no other carrier can provide the same comprehensive coverage and member benefits. TDC has reduced premium by the largest margin in its history, resulting in the lowest average rates among California's liability insurers. TDC is in its seventh year of no rate increases and in 2009 actually lowered rates significantly compared to other carriers.

Give us a chance to go to work for you providing lower Radiology Medical Malpractice Insurance premium and comprehensive coverage.